Election day is fast approaching, and there’s no doubt in our minds that we’ll likely see several riots occur if and when President Donald Trump is re-elected by the American people.

Given that there are already major riots happening in cities like Chicago and Portland, it’s a safe bet that those same rabble-rousers will try to cause some trouble when they don’t see the election outcome they want.

Here’s what you can do to prepare for any riots, should they actually occur... 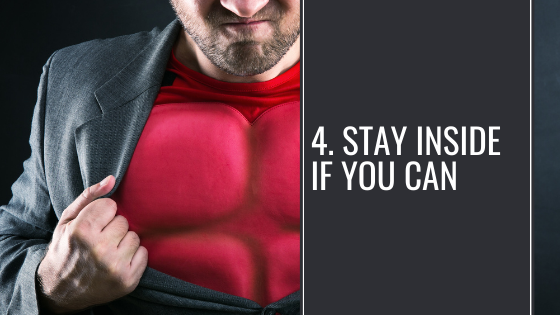 First and foremost, don’t try to be a hero and patrol the streets. Instead, stay indoors. Riots are risky affairs, no matter which side you are on. There’s no guarantee of your safety, even if you happen to be on the side of the police officers.

We’d recommend staying inside if at all possible. Try not to draw attention to yourself, and any mob that does crop up on election day outrage should pass without paying too much heed to your home. It’s also a good idea to stock up on food and water before election day as a safety precaution.

This is because you may not be able to go to the grocery store on election day (since it may be closed or, in the worst-case scenario, ransacked) and because rioting may cause damage to city infrastructure, affecting things like water or electricity. We’d also recommend being armed with at least a pistol that you can use to defend yourself if someone does come knocking on your door for malicious purposes. While you shouldn’t outright start shooting the first time you see any protesters, you should make it clear that you are willing to use your firearm to protect you and your family if necessary.

A firearm can act as a deterring measure against any rioting crowd, even if they vastly outnumber you and fellow Trump supporters. Be sure that you know how to use it appropriately, too, preferably by spending some time at the gun range before election day rolls around. There’s a time and a place to be patriotic. While we’d be proud of any American citizen bold enough to proclaim their allegiance to the reelected president, we also don’t want anyone to be an easy target for the protesters.

Take the Trump memorabilia and signage down if you think a riot is heading your way or is likely to start on election day. You can always put that stuff back up after things are brought back under control by the police and/or National Guard.

Remember, most Americans won’t have to deal with riots of any kind. Chances are that only majorly liberal cities like Portland, Chicago, and maybe San Francisco will see crazy civil unrest.

But, if you are caught in the middle of a riot, following the above four tips will go a long way toward ensuring your safety and that of your family.

Thank you for reading, Stay Prepared.